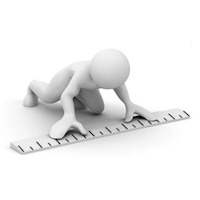 Do you have an IoT based concept that needs custom hardware built for it?

RIoT International is capable of taking your requirements and identifying the appropriate hardware components required to build a hardware prototype that can be used to demonstrate your concept in action. In conjunction with some software development; a full prototype can be developed to review feasibility and move the concept onto production phase.

We tinker with a number of IoT technologies; such as the following:

The hardware consists of an open-source board designed around a number of micro-controllers with various capacities of flash memory, RAM and EEPROM designed to execute simple sketches that can be written to interface with different GPIO interfaces and hardware accessories.

The Raspberry Pi is an open source credit-card sized computer platform originally designed with the intention of promoting the teaching of basic computer science in schools that plugs into your TV and computer keyboard.

The device is based on the ARM based system on chip that includes at least a 700MHz ARM processor, in-built GPU with HDMI connectivity and at least 256Mb of RAM - a number of models exist for different purposes and utilise an embedded optimised version of Linux operating system.

You can convert everything you see to a format you find convenient. Give it a try!

RIoT International is also available as